Working at the intersection of editorial, strategy and user experience design John Ryan founded the digital content strategy consultancy Sitegeist in Melbourne in 2007, and has provided content strategy to many prominent Australian and international organisations including World Vision, City of Melbourne, the Australian Broadcasting Corporation, Qantas, Disney, NASA, and Australia’s largest health insurance provider and supermarket chain. Before starting Sitegeist, John worked for Lonely Planet Publications in a variety of digitally-focused roles including Managing Editor of multi-Webby-winning lonelyplanet.com. In 2006 he received the Lowell Thomas Award from the Society of American Travel Writers – even though he is not American! John was the founding film and humour editor for The Big Issue Australia magazine, and has worked as a feature columnist for newspapers. He has extensive experience in traditional book publishing, having worked for Melbourne University Press for over a decade in editorial and production. John was also the coordinating author of Micronations: The Lonely Planet Guide to Home-Made Nations. Slate magazine listed the title as one of the 10 oddest travel books ever published, and it is the inspiration for a forthcoming film starring Jack Black. 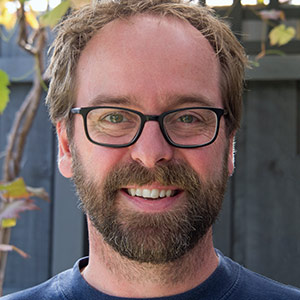 Be the first to know about new content strategy events, pricing announcements, and other useful things. We promise to email you only if it’s important.